This was my weird thought last night as I lay in bed trying to sleep. I was thinking about the power of television to influence young people in their developing beliefs and ethics (I don’t know what provoked this thought). This isn’t restricted to television of course: books, magazines, the Internet and films play their part too. I’m not sure we realise the influence television has on teaching us as children and our children today about the big wide world. I know that it had a big influence on me. It acted as a window to the real world. There wasn’t much of the gritty reality of life going on in Stafford in my tiny world of home, school and town on a Saturday. So it was down to the power of television to teach me about what being a grown up might be like.

Most importantly to a nine year old, as I remember now many years later, television taught me that if I wanted to get married and have a conventional heterosexual life (the only life I knew at that time) I’d have to be naked some of the time under satin sheets and I’d also have to caress hairy chests and kiss hairy chins. At the time, I was fairly horrified by this realization. I didn’t mind the chin so much but caressing the chest? No thanks.

So last night as I had my weird thought I started wondering if men on TV now are as hairy as those in the 1970s. At least, the men that starred in Dallas, Dynasty, Hart to Hart and Charlies Angles in my memory were fairly hairy. Those were the programmes that taught me the most about adulthood and adult relationships. 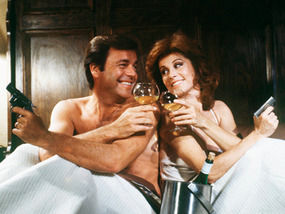 Related to this thought, I also pondered last night (since all the TV programmes I’ve cited are American ones), are American men hairier than British men? I don’t remember much bedroom action coming from the British TV pogrammes of the 1970s so perhaps I didn’t get to see the chest hairs of British actors as a child. However, I don’t think Frank Spencer, Tom Goode, or Benny Hill were particularly hairy. 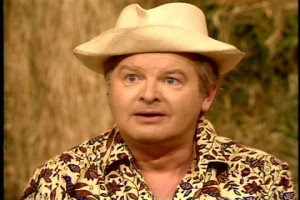 I was relieved to find as I did grow up that not all men are extremely hairy (at least not British ones). I can’t say that I have a huge experience of American chests so I can’t comment at this point about trans-Atlantic hirsute  differences in general. I suspect that in fact there are hairy men the world over. 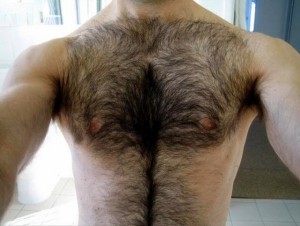