7 HEALTHY SNACKS THAT WILL SUPPRESS YOUR APPETITE

7 HEALTHY SNACKS THAT WILL SUPPRESS YOUR APPETITE. They’re actually stuffed with 0.38g of salt. And that’s in a tiny 19g packet.

But wait, it gets worse. You probably know about the muscle-building benefits of sweet potatoes, so you may have been munching down bags of Tesco’s crunch sweet potato slices every now and then. Well – spoiler alert – you’ve been eating a lot of sugar – 19.2 grams per bag (about half a can of coke), to be precise.

So if you can’t trust crisps then what snacks will starve off the munchies? Check out these 7 go-to bites that will help you get a hold of your hunger.

This snack packs a one-two punch. First, one 2013 study in Nutrition Journalreports that overweight adults who ate half of an avocado reduced afternoon hunger by about 40%. The fruit contains monounsaturated fats and fibre that fill you up, the researchers suggest. Besides, those monounsaturated fatty acids also exert a favorable effect on your cholesterol, lowering “bad” LDL and increasing “good” HDL levels.

If you’re not into eating your avocado with a spoon, put slices on rye crispbread crackers. Compared to wheat bread, rye crisps reduced next-meal calorie intake by 8%, a new Swedish study found. Thank their high fibre content (3 grams for 2 crackers) for just 60 calories. 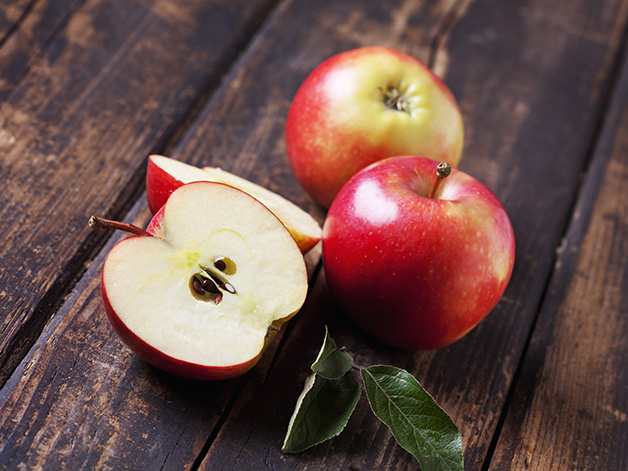 A simple snack is sometimes the best snack. When pitted against apple juice, eating a whole apple was best for controlling post-lunch hunger, according to Pennsylvania State University research. The researchers note that apples are a good source of fibre, solid food is more filling than liquids, and the whole fruit requires chewing, another important factor to making you full.

You know that Greek yogurt is known for its stomach-satisfying properties because it’s rich in protein that tames hunger, but it’s also a great source of calcium. One study in the European Journal of Clinical Nutrition published in 2013 put one group of people on a high-dairy diet (they got about 1,400 mg of calcium a day) and another on a low-dairy one (who got about 700 mg of calcium a day). Both groups lost similar amounts of weight, but the high-dairy group reported feeling more satisfied while dieting.

The dairy-filled plan may have helped increase levels of gut hormones like peptide YY that dial down appetite. Stir in one to two tablespoons of ground flaxseed. 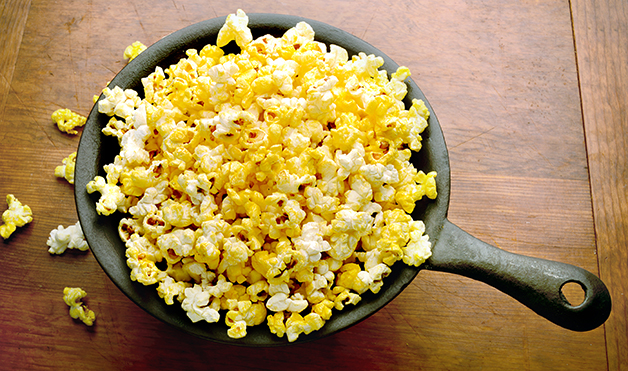 If you’re more of a flavoured crisp kinda guy, know this: research published inNutrition Journal found that people who ate six cups of popcorn (only 100 calories) reported less hunger and were more satisfied compared to those who ate a bag of crisps (150 calories), 1 cup of popcorn (15 calories), or a water-only control condition. Popcorn is packed with whole grains – in fact, eating a bag will get you more than halfway towards your daily quota for the stuff – plus you can eat a LOT of it for few calories.

That said, there is a lot of junky trans-fat-laden popcorn on shelves. Pop it yourself or buy plain unsalted air-popped microwave popcorn. Sprinkle Parmesan cheese on top for your flavouring instead of butter or salt. The cheese is a source of umami – the “fifth” taste we call savoury – which new research suggests is another satiety booster.

If you’re heading to the gym in an hour or two, grab a whey protein shake. It’s superior to casein protein in terms of keeping hunger at bay. In a 2014 Australian study, overweight and obese adults were supplemented with either whey, casein, or a glucose control drink. After six and 12 weeks, the whey group benefitted from a lower appetite before meals. 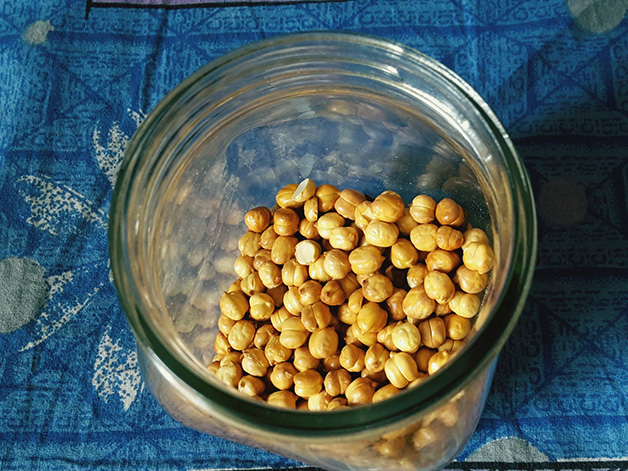 People who added less than a half-cup of chickpeas to their diet for three months felt more satiated, and the legumes helped reduce the intake of processed snack foods like cereals versus when they ate their regular diet, one study in the JournalAppetite found.

This is for the times when all you want is a chocolate bar. A small study in Nutrition and Diabetes revealed that when men ate 3.5 ounces of 70% dark chocolate they were less hungry for sweet, fatty, or savoury foods and ate 17% fewer calories two hours later than the guys who ate milk chocolate. Dark chocolate has bigger flavour and is digested slower, say researchers.

Admittedly, that’s a lot of chocolate – and a lot of calories. That’s why combining cocoa with nuts is smart. Research in 2013 found that peanuts in particular helped lower appetite for 8 to 12 hours because of their ideal ratio of protein and fat.