Once a year the watch world descends on the city of Basel in the north of Switzerland for Baselworld, an international watch and jewellery fair. The culmination of a year’s development, Baselworld is where 2016’s big watch stories are unveiled.

Here’s our pick of the best watches on show. 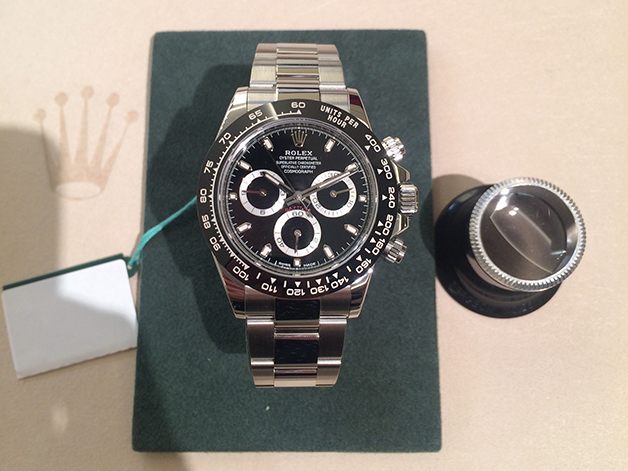 If it ain’t broke…

Knowing that the best thing to do with a beautiful piece of design is leave to it alone, Rolex didn’t play around with the aesthetics of their new Daytona too much, choosing instead to coat its black bezel in Cerachrome, a corrosion resistant and virtually unscratchable ceramic. Functionality wise, the Daytona now features a tachymetric scale that will allow you to measure average speeds. The waiting list will be long for this one. 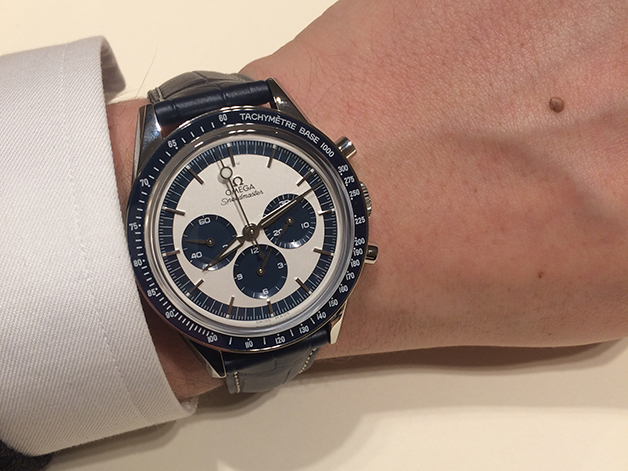 Some watches are out of this world

Omega’s 1959 Speedmaster or CK2998 to give it its full name, is a highly covetable vintage watch and not without reason – have you seen how it looks? 2016’s update features hands coated in superluminova for see in the dark brilliance, as well as the Calibre 1861 movement used in the very first moonwatch (as in the watch that landed on the moon). 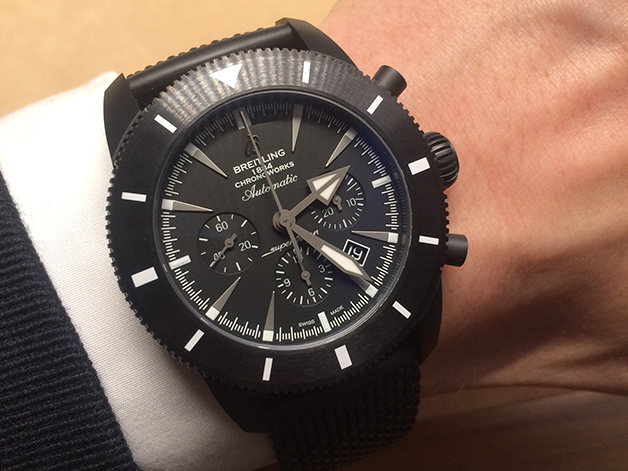 Mercedes have AMG, BMW have the M series and Breitling have Chronoworks. A performance lab tasked with supercharging the Swiss marques already outstanding watches, the result this year is the Superocean Heritage. Reducing friction and essential bearings, or jewels, from 47 to 36, the Chronoworks lab increased the watch’s power reserve from 70 to 100 hours, the horological equivalent of an extra 100 bhp. Sort of. 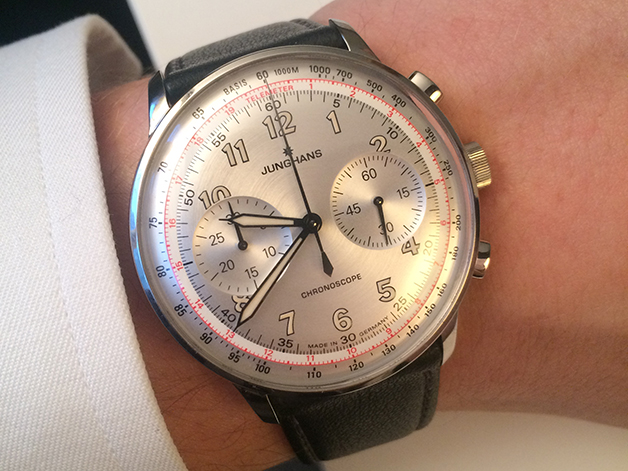 The Germans make great watches too

German watchmaker Junghans’ retro designs are some of the most handsome we saw at the show, not least of which was this Meister telemeter. With a red telemeter on the face, which can be used to measure the distance between you and an object – a ship on the horizon, for instance – it’s a lot of watch for a relatively modest price. 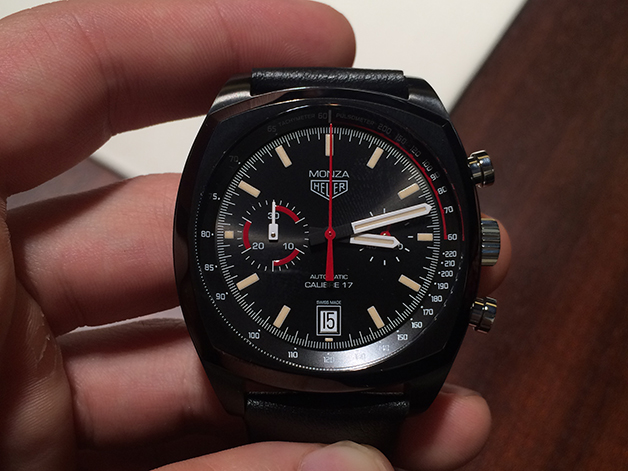 Racing and watches will always be friends

Tag Heuer’s Monza is based on a watch launched in 1976 to commemorate Nikki Lauda’s Formula One World Championship win. It’s been through various guises over its 40-year history but the re-launched version shown at this year’s Basel is based on the original, with a black dial and 42mm case, larger than the original. 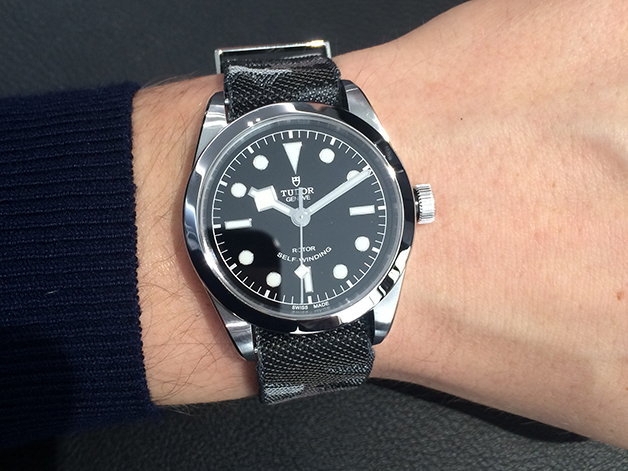 A lot of brands experimented with slightly smaller watch faces, with varying degrees of success. Tudor took a risk on a 36m case that, in your hand, bordered on the dainty. On your wrist though this Black Bay with a woven camo’ strap looked fantastic, proving that less sometimes is more. 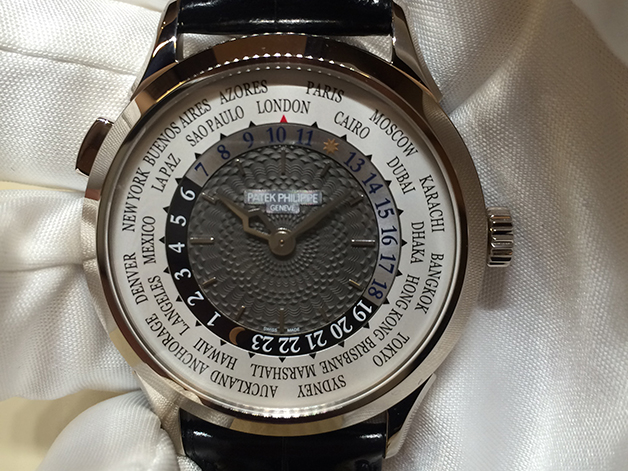 You don’t need digital for a world clock

Patek Philippe’s world time watch, ref 5230, is capable of telling you the time in 24 different places at once, has a mechanical self-winding movement, and a hand finished face. It’s one of the most elegant watches we saw and as a dress watch is unparalleled. 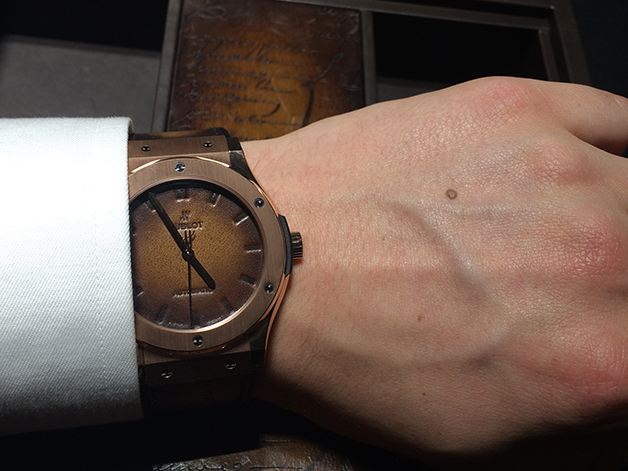 Renowned as much for their ground-breaking design as their pushing the boundaries of collaboration (see this year’s collection with tattoo artist Sang bleu), Hublot have had a busy year. Pictured here is a watch from their partnership with French leather brand Berluti, which has a leather face and will age beautifully. As an aside, Hublot are also making the official timepieces for this year’s Euro championships. 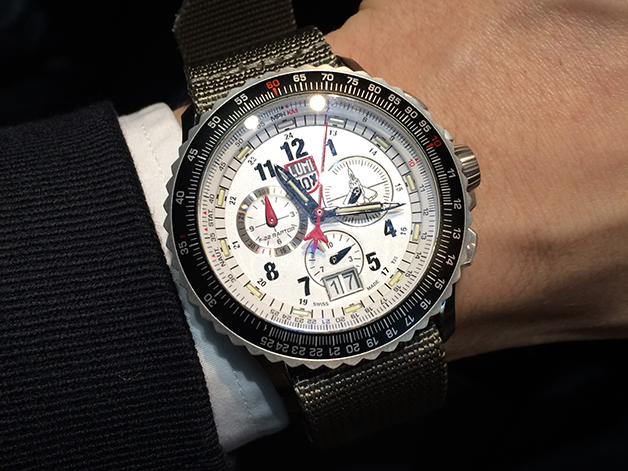 The Seal of approval still stands

In terms of heritage, supplying timepieces for Navy Seals is right up there. Luminox’s watches are robust but, like this new version of the F-22 Raptor, really good looking, too.  They’re also not ruinously expensive, meaning you get plenty of watch for your money. 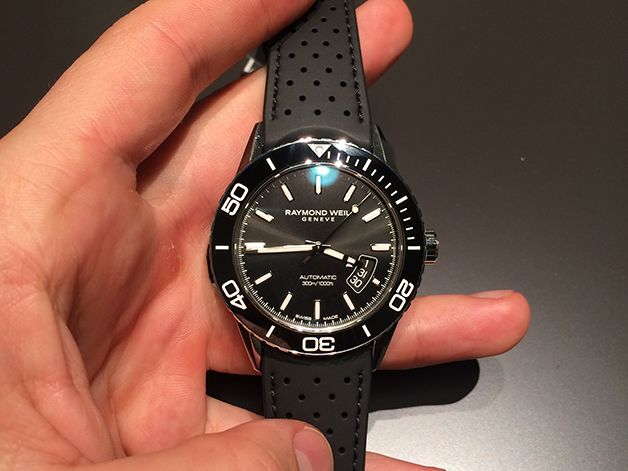 Raymond Weil’s automatic movements and simple, unfussy design make this watch from their new Free Diver range a real winner. All black, with white numerals and a date function, it’ll accompany you down to 300m. Mind you, if you unexpectedly find yourself that deep, your watch is probably the last of your worries.